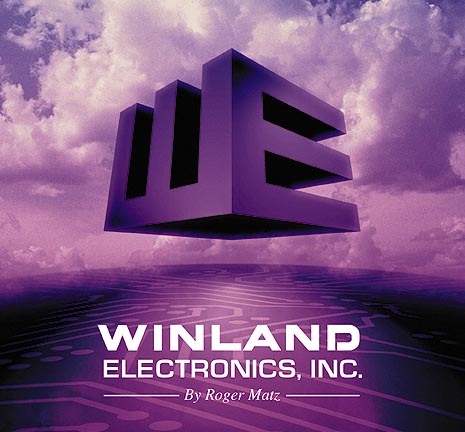 Becoming An Employer Of First-Choice

Despite Southern Minnesota’s chronic labor shortage, rapidly growing Winland Electronics, Inc. in Mankato hasn’t been hurt. “We have almost no turnover because we’ve become known as a good place to work,” said W. Kirk Hankins, chief executive officer and chairman of Winland’s board.
When the company moved into its mammoth new plant in 1995, it had two people in engineering. Now it has 17 plus six in production engineering, talent acquired by aggressively recruiting professionals who enjoy living in smaller towns like Mankato. “Good engineers are never unemployed. We have to go after them,” smiled Hankins.
Winland offers what Hankins calls a “robust benefits package” which includes a 401(k) retirement plan, stock option plan for management personnel, flexible benefits, competitive medical and dental coverage, long-term disability and life insurances and an employee stock purchase plan. It also provides education programs on such general topics as leadership, growth strategy and quality systems and specific job skills training such as soldering, computer software applications and electronic assembly techniques.
“Our employees know they are valued,” Hankins said. “We don’t just say the word, we live it. If there is a problem on the production floor, we ask them for ideas because the people who are working with it are the best-qualified to come up with solutions. They know they’re valued because we’re asking their opinions and help and they’re proud to contribute to a solution.”
“A very friendly atmosphere” exists throughout the company, Hankins said, adding that employees are on a first-name basis with management. “They know that any time they want to come and talk to me or Lorin or any other member of management, they just have to walk in. They’re welcome.” (Lorin is Lorin Krueger, president and CEO. Krueger, elevated to president in 1998 from senior vice-president of operations, was one of two people employed at Winland when Hankins took over in 1984.)
“We hire some employees who’ve worked under an old style of management or a military command structure,” Hankins said. “We get them out of that train of thought rather quickly. We don’t give orders around here.”
Hankins is a firm and somewhat humble believer in the need for education. “I have never grown a company from two employees and $230,000 in sales to $18 million, so all of us have to learn,” he said. All new Winland employees go through a 16-hour course “on personality profiling, evaluating your strengths and weaknesses, understanding the differences between people,” Hankins said. “It’s the very same course whether the new employee is an engineer or a custodian. You can’t change your personality, but you can modify it, and people tend to do that when they understand it.”
One key lesson is that different personalities are just different, not better or worse, according to Hankins. “Understanding those differences helps people work better together. I’m a strong ‘D,’ a ‘let’s charge, let’s go’ kind of person. That’s my whole being. People who work with me make allowances for that and humor me out of it sometimes, slow me down.”
Hankins shows little sign of slowing down, even though he’s 71. “I’ve told the board they can count on me for five more years. I’d rather do this than anything else on earth. It’s exciting to make this happen, although no one person makes this happen.”

The trade press and other industry-watchers are beginning to notice Winland Electronics, Inc., giving the Mankato company some prestigious recognition. Winland officials hope potential investors are also paying attention.
Winland set impressive sales and profit records for the past three years and tripled its earnings per share during the same time frame. So far in 1999, it’s ahead of the first-quarter pace which set a record in 1998. But Winland stock has remained relatively static and stable over the years. It sold for $2.50 when W. Kirk Hankins took the company public 15 years ago in 1984. This year it’s hovered at an average of $3.25, with a price-to-earnings ratio of 8.5.
Hankins, who is chief executive officer and board chairman at Winland, admits he’s “really disappointed in the performance of our shares.” So is his son, Kirk P. Hankins, who has been with the company for 16 years and now is vice president of sales and marketing.
“Our historical performance is good and it’s been really exciting the last three years,” said the younger Hankins. “We think that with significant further growth, we’ll be able to attract the attention of fund managers and analysts at larger brokerage firms.”
The stock had been an over-the-counter offering until 1995 when it began trading on the Nasdaq Small Cap Market under the symbol WLET. Noting that the market can be “trendy,” the younger Hankins said, “maybe small caps will become hot. The volume of trading is going up and we’re getting more telephone calls about it. We’ve really souped up our web site and we’re getting about 200 hits a day.”
Meanwhile the father and son appreciate the recognition earned by Winland in the past few months. In March, Winland was one of three finalists for “Minnesota Technology Company of the Year,” an award sponsored by Minnesota Technology, Inc., together with Medtronic, Honeywell, McGladrey and Pullen and Minnesota Technology magazine. A month later, Corporate Report magazine identified Winland as Minnesota’s 23rd fastest growing public company during the period of 1993-98. Winland’s ranking was based on its 35.5 per cent annualized growth rate during those five years.
Late last year, Winland turned up on two other impressive lists. In September, the company was named to Deloitte and Touche’s “Minnesota Fast 50,” a ranking of the state’s 50 fastest-growing technology companies based on the non-compounded percentage of growth in revenues from 1993-97.
Two months later, IW Growing Companies, an edition of Industry Week magazine, put Winland in the inaugural class of the “IW Growing Companies 25, America’s Most Successful Small Manufacturers.” Industry Week is the leading management magazine for small to mid-sized manufacturers, according to the Winland executives.

In too many companies, labor and management seem to speak different languages. They coexist in a workplace tainted by misperceptions, polluted by misunderstandings. That’s what makes a 1997 project at Winland Electronics, Inc., so interesting, because it reflected a climate of understanding and shared perceptions. In attempting to define the Mankato company’s core ideologies, management asked employees to nominate five people from their ranks who best represented their perception of Winland.
These five were then asked to write down what they regarded as Winland’s core ideologies, which are the stories, historical records and legends that create a word picture of an organization. Then a consultant asked Winland’s top two executives, W. Kirk Hankins and Lorin Krueger, to make their own list.
When a consultant compared them, Hankins said “they were all the same. Employees and management see Winland the same way. The basic concepts are all the same.” The consultant then paraphrased and summarized the ideologies for publication in an employee pamphlet.
Here, somewhat condensed, are the 11 core ideologies:
1. The organization demonstrates a positive, aggressive, can-do persistence to do well.
2. Everyone works in superior working conditions.
3. Customers believe that Winland designs, engineers and produces results that benefit them specifically.
4. People are valued, people listen to each other and loyalty exists.
5. An outstanding benefits package provides for employee economic security.
6. Pride is demonstrated everywhere in the organization.
7. Recognition occurs for quality performance.
8. The company is innovative.
9. Reasonable, well-researched risks are common.
10. There is significant emphasis on the protection of stockholder investment.
11. Education and promotion opportunities are always available to those who choose to pursue them. People are rewarded who desire to learn and grow.