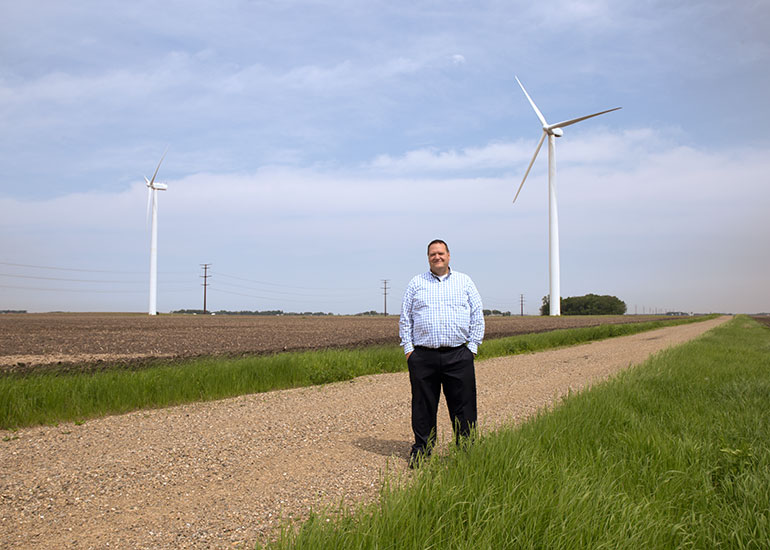 “Being a not for profit, locally owned utility means we have control over where we buy power,” says Tim Stoner, general manager. “We are able to watch our energy costs and pass all of that savings on to the community.”

“It really tells the story of how our updated system efficiencies increased our reliability,” says Stoner. “Blue Earth Light and Water has also secured long-term renewable energy at a low cost. Combined, these advancements have led to very competitive electric rates, which is desirable in attracting new industry to our area.”

“This award is the culmination of all the work our crews have done over the last couple of years improving our system,” he says. “The final step is to inform our community that the system efficiencies improvements have been intentional to improve both reliability and pass the cost saving on to consumers.”

Over the last couple of years, the improvements made by Blue Earth Light and Water include hardening of infrastructure to withstand weather events and increasing the on-site emergency generation to power the city, in case there are major issues with the electrical grid. They have focused on staff development to maintain a highly trained staff. And they have made community-based activities a priority. Providing a solar garden program and an electric vehicle charging station are just some other ways BELW is leaving its footprint and paving the way for the future of Blue Earth.

As a publicly/community owned utility, BELW also provides an annual franchise fee paid to the city of Blue Earth to help offset city programs. For the community partners, residents and businesses, BELW has rebated over $800,000 in the last five years back to customers for energy conservation help. Efforts that are not lost on the local business community.

“Seneca Foods recognizes the importance of maintaining competitive energy costs through Energy Conservation Rebate Programs, which help reduce the time it takes to achieve an acceptable ROI on the implementation of energy saving projects,” says Dave Stauffer of Seneca Foods.

That is just an example of the difference they are striving to make.

“We are partners in developing the Golden Spike Industrial Park, as well as new residential areas,” explains Stoner. “We make customer service a priority as well. We have agents that go out to major industrials and provide rebates to help reduce power costs. Our major industrial customers can see real-time data so they can make decisions on the spot on the best way for them to keep costs down.”
It’s partnerships like these, that make the area attractive to potential business owners.

Mary Kennedy, Blue Earth Economic Development Specialist says, “The City of Blue Earth and its Economic Development Authority is lucky to have a strong partner in Blue Earth Light and Water (BELW). In addition to ideal exposure in our business park, industrial businesses have access to outstanding power, reliability, and low utility rates. BELW provides our community with a competitive edge and sets us apart from the rest.”

“Originally we thought our approach was well rounded, well thought out,” says Stoner. “We didn’t think when we put our name in the hat for the reliability award that we would ever get to this point, but once we realized we rated at the top nationally, we thought we should get the message out.”